Today on Supah Smashed Academy, we go in depth on how it FEELS to play Little Mac, talking about why Little Mac is overall fun to play with. Little Mac is an extremity difficult character to use in competitive play. We demonstrate a few key techniques of Mac’s strength in Smash, but his weaknesses are overwhelming and easily used against him. Little Mac is currently ranked 44th out of 55 in the tier list, placing him in the E tier. This also renders him as the second lowest ranking mid-tier character. Little Mac’s greatest strength is the sheer effectiveness of his ground game; in addition to his outstanding grounded mobility, high traction, and fast/long-ranged dodges, he possesses the overall fastest grounded moveset. However, it doesn’t really matter since most people on For Glory will just run into his smash attacks. Enjoy the video! 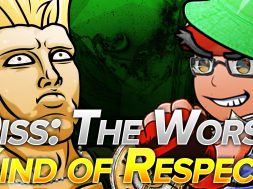