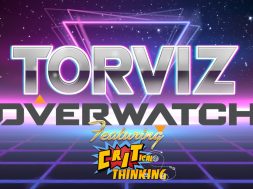 Overwatch is a team-based multiplayer online first-person shooter video game developed and published by Blizzard Entertainment. Torviz dunks on people while we crash the stream, please enjoy this stream highlight/montage. It’s been edited down from over 2 hours of streaming goodness. Subscribe to Torviz for more streams and Lets Plays, they range from unknown indie titles to well known popular games, there’s something for everyone on his channel. Don’t forget to sub to us as well! Overwatch is Blizzard’s fourth major franchise and came about following the 2014 cancellation of the ambitious massively multiplayer online role-playing game Titan. A portion of the Titan team came up with the concept of Overwatch, based on the success of team-based first-person shooters like Team Fortress 2 but not as cool.